Home Blog A Guide For the Australian Grading System 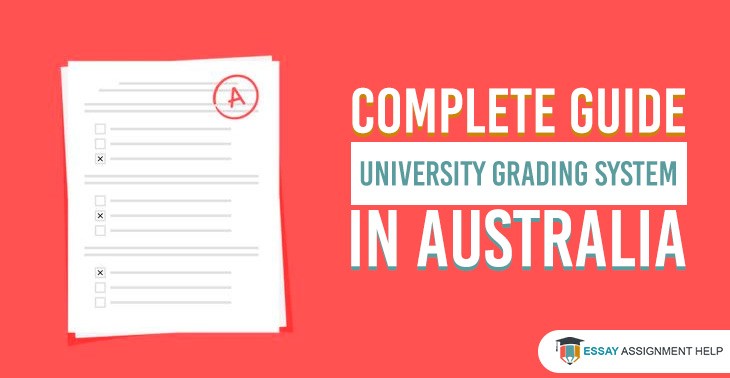 A Guide For the Australian Grading System

The academic grading system differs by country. If you're an international student in Australia and have already completed a course, you've probably noticed a difference in the Coursework grading system in your home country versus Australia. Here's a rundown of the Australian grading system from school through university.

However, you must be aware that the grading system in Australia is not uniform. As it is such a large country, each state has its grading system. Take a look at the tables below if you want to do your next course in a different state or university in Australia.

For most universities, the basic grading scheme looks like this. However, the grading system may fluctuate slightly depending on which university you attend, and which state you live in.

For Undergraduate And Postgraduate Courses

For Vocational And Trade Courses

Vocational courses have a binary grading system. You may pass or fail based on your ability to demonstrate the needed competency.

Several world-class universities may be found in each Australian state. They have their grading system due to their diversity and demands.

The Territory Of The Australian Capital

The universities of Canberra, Australian National University, Charles Sturt University, UNSW Canberra, and Australian Catholic University are among the major institutions in the capital territory, and their grading systems are included here.

Charles Darwin University and Flinders University are located in Darwin, the capital city of this lovely Australian state.

The University of Queensland, Bond, Griffith University, and James Cook University are a few well-known universities in Australia's second-largest state.

Tasmania is a small island state with the finest air in the world and the richest history. The University of Tasmania is the state's lone university.

With Melbourne as its Capital, this hardworking Australian state is home to some of its greatest public and private universities, including Monash University, RMIT, Swinburne University, Deakin University, University of Melbourne, Victoria University, and others.

There are three levels of education in Australia: primary, secondary, and senior secondary. The school system, like universities, has a grading system, which differs between states and territories.

GPAs are not widely utilized at Australian universities; however, they are occasionally employed in courses like medicine and law.

To determine your GPA, use the following formula:

On the other hand, ATAR scores are a significant part of the Australian education system. For example, if a student's ATAR score is 80, it means they outperformed 80% of the other students in the same class.

A student will also be offered Government-sponsored possibilities if their ATAR level surpasses a particular threshold.

This is all you need to know for now, but if you want to understand more about the Australian grading system, go to each educational institution's website.

What is Considered a Good GPA in Australia?

A GPA of 6 or 7 is regarded as excellent at Australian universities. Consequently, employers prefer to recruit students with GPAs in this range.

Are you looking for the ideal student accommodation?

Opt for the assistance of online tutors from MyessayAssignmenthelp.com

Do you want to study in another country? Are you looking for the ideal university that is also affordable? Choosing the perfect accommodation for university thousands of miles away can be a daunting task. We at assignment help services can assist you.

Research your preferred universities and become familiar with their grading methods before enrolling in your next course. Check the university's website or ask us at our essay help services to see if the grading system has changed or been updated.

If you require additional assistance in the research for your next course or university, please contact one of our online tutors.

How To Become A Teacher In Australia| A Complete Detailed Guide