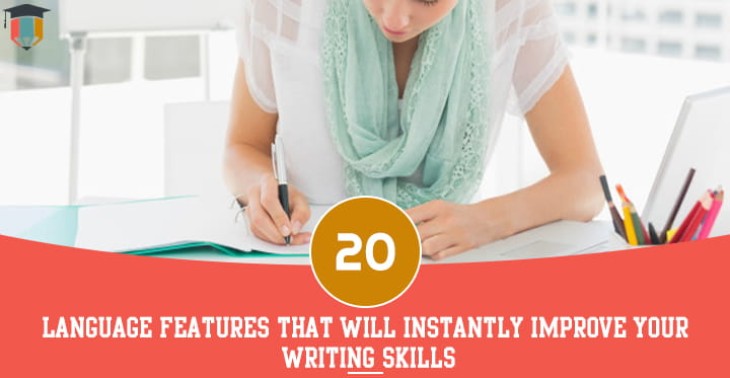 Language Features - The Secret To Enhanced Your Writing Skills

Throughout the evolution of humankind, language and its features have played a significant role. It has helped to develop communication which, in turn, has enabled us to express our thoughts, ideas, and views on various subjects.

In today’s time, strong communication skill is mandatory to communicate through written and verbal means. In this guide, we will talk on various English language features and the types of language techniques which are essential to master the art of writing academic, formal, or informal document.

What are the Language Features?

Writers use various types of language features to create an impression on their readers. In exams, professors often ask students to identify language features used in the text to describe a situation and how the identified features affect the reader.

If you are wondering what are linguistic features and the types, here's a list of standard language features with examples and their effects.

Effect: Helps to increase the understanding of a reader by comparing it to something else

Effect: Clear visualisation due to the comparison

Example: "the leaves danced with the wind."

Effect: By assigning a human aspect, it gives life to the object

Example: “Green” is a colour but used to talk about the “environment” or as a “go” signal

Effect: It helps imply another meaning rather than the literal meaning

Example: “I have hundreds of assignments to do.”

Example: “This is sick. Incredibly Sick"

Effect: Emphasises on the original idea

Example: "Do you think that I've got a money tree?"

Effect: Creates a dramatic impact on the readers

Example: “His hand was as soft as a rock.”

Effect: Funny, expresses a writer's attitude on the subject.

Example: "Don't cause a ruckus."

Effect: Writer comes across with a casual tone

Effect: Creates a dramatic effect and makes a reader ponder about the contradicting ideas

Example: The tale of a Tortoise and the Hare from Aesop’s Fables

Effect: Gives an insight into the writer's mind and his morality

Example: "Every day, every night, in every way, she is getting better and better."

Effect: Adds prominence and rhythm to the ideas to catch the reader’s attention

Example: “ball is in your court” or “beat around the bush”

Effect: Helps to elaborate the language and convey an indirect message to the targeted audience

Example: "It was dark and foggy. She whiffed the aroma of brewed coffee."

Effect: Generates a vibrant image of a scene to help readers imagine the characters and scenes precisely

Example: "The white dove lay still in the pool of blood."

Example: "Yellow rose is the symbol of friendship."

Effect: Adds double levels of meanings which is far more profound than the literal one

Effect: Brings together all essential elements of a narrative and gives readers a better understanding of the main character’s struggles

Want to Learn the Tricks of Writing Flawlessly?

Consult an Expert at MyessayAssignmenthelp.com

You don’t have to worry if you don’t know how to identify language techniques in a text. The professionals at MyessayAssignmenthelp.com can provide you the extensive guidance on how to use different types of languages in writing to excel your the task.

Our assignment writers are associated with the A-listed listed colleges and universities in Australia. If you are wondering how the writer uses structure to interest the reader, get in touch with our experts for one-to-one study sessions and resolve all your academic queries.

Along with our overall academic support, you will also get:

For more information on how we can help you master your writing skills, get in touch with our experts now.

The Fundamentals of the Law of Conservation of Energy