Home Blog Leadership Approaches Of Bradford Banducci In This Era 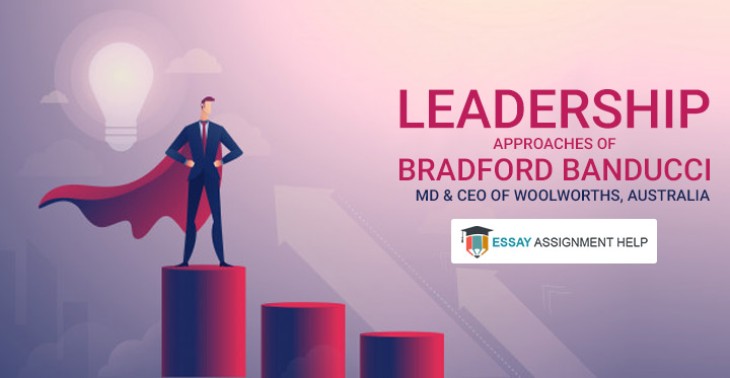 Leadership Approaches Of Bradford Banducci In This Era

Let us start this post by asking a common question that’s asked in every interview – “Where do you see yourself in the next five years?” Now, it’s quite possible that you want to see yourself in a leadership position. But in order to implement efficient leadership, you need to acquire the skills perfectly. In this case, you can certainly take a cue from Bradford Banducci, Managing Director and CEO of Australia’s premier retail chain, Woolworths.

Bradford Banducci rarely needs any introduction as a leader. He is a significant part of the Woolworths Group for almost a decade now. He started with the organisation way back in 2011. On that note, let’s delve further into his career background and also elaborate on the leadership approaches that he endorses.

5 Things About the Background of Bradford Banducci

Here are 5 insights on the career trajectory and background of Bradford Banducci.

Bradford Banducci first became associated with the company as managing director of the Woolworths Liquor Group back in October 2011.

In February 2015 he was appointed as the managing director of the Woolworths Food Group, which is comprised of Woolworths supermarkets in Australia and New Zealand.

Bradford Banducci has since continued to act in this role within the company and also carrying out his new responsibilities until a suitable replacement is appointed.

Woolworths defines Banducci as essential in the successful development of Dan Murphy’s (a liquor supermarket chain owned by the Woolworths group).

Banducci also harbours a personal passion for wine making, and also owns an interest in a winery in Central Otago, New Zealand.

During his formative years, Bradford Banducci spent his weekends working for his father’s sewing business and mother’s clothing business.

He has also spent 15 years working for The Boston Consulting Group as a core member of the organisation’s retail practice, and also as a director.

Banducci had acquired his law and commerce degrees from the University of KwaZulu-Natal, South Africa, where Banducci was born and brought up.

Later he went on pursue Master of Business Administration from the Australian Graduate School of Management.

In 2016, Woolworths reported its first big loss (nearly $1bn) since its listing on the Australian Securities Exchange 23 years ago. The loss led to the announcement by Woolworths that it would be shutting down its home improvement business known as Masters.

In a statement, Banducci revealed Woolworths was going through a period of major change.

He had said in a statement, "This result reflects the impact of those changes, most notably the considerable investment in price, service and customer experience across Australian supermarkets.”

He also added, “Looking forward, we expect trading conditions to remain competitive as we continue on the journey of rebuilding Woolworths.”

The leadership approaches of Bradford Banducci have helped Woolworths to sail through the turbulent times. Some of the highlights of these approaches have been elaborated down below.

Culture is the backbone of any organisation. It’s imperative to develop and maintain the right culture first. Otherwise, you can’t have the right foundations or an environment that’s conducive to building or implementing a strategy, let alone a turnaround strategy successfully.

Culture is also important in case of recruitment, and is the key for a retailer to draw in and retain the talent. It should be easier for the top talent to embrace the retailer’s culture and its leadership. So, it should come as no surprise that it’s also the main reason why people decide to join or leave an organisation.

Bradford Banducci firmly believes in the critical role of culture and that it is the change in culture which ultimately contributes to the growth of Woolworths. In fact, this has been a core focus for the chief executive since he took the reins of the operations. He works with the belief that things will only take a promising turn once the cultural change is implemented.

Good leaders understand the significance of stepping out of the boardroom and engaging with their staff on the shop floor.

Bradford Banducci firmly advocates embracing a listen-first approach to leadership. It generally begins with walking the shop floor, liaising with and working alongside their teams, instead of simply guessing what the issues or the solutions are. Inability to follow this approach can lead to many business failures.

Bradford Banducci himself has implemented this approach in the Woolworths’ induction program. This particular approach requires the new support centre staff to spend a couple of days in stores across every aspect of the retail environment. This process is introduced in an effort to ensure those, working at the organisation’s headquarters, better understand the issues experienced by staff and customers.

Such an approach reflects how he started his career in retail, making his way from the shop floor to the boardroom over the years in the industry. This is something that the successful leaders across every industry, not only retail, acknowledge.

Those who demonstrate leadership instead of simply ordering around also know the importance of putting their people first. The true leaders understand that by empowering their employees, they can truly provide a better consumer experience, and in turn, maintain a healthier bottom line.

Banducci strongly believes in empowering the staff to help them come up with their own solutions. He also believes in giving credit to his employees for the turnaround. He also suggests that businesses should provide enough space to allow the employees to come up and say what’s really wrong.

Even though most retailers have moved beyond the traditional ‘command and control’ structure, only a few of them have embraced the open and consultative style of leadership. It’s also true that top talent is naturally attracted to this style, where they will be empowered to help shape an organisation’s future direction. This is something that Bradford Banducci promotes as a leader.

From the approaches suggested by Bradford Banducci, it's clear that being a leader is mostly about offering the subordinates with enough flexibility to carry out the day-to-day operations. You can take note of these approaches which will help you enhance your leadership skills in future.

Gain Academic Insights from Our Experts at MyessayAssignmenthelp.com

If you want to see yourself as successful like Bradford Banducci, then you need to excel at every step of your academic career. That won’t be possible if you present poorly-drafted essays and assignments in class. Good news is that hiring the academic assignment assistance from MyEssayAssignmentHelp.com will help improve your grades significantly. Our website will provide efficient assistance on your academic papers to ensure your academic progress.

The assignment writers on our website will customise your academic documents exactly how you want it. They diligently follow all the specifications provided, so that they don’t miss out any crucial detail while working on a topic. In fact, we have appointed experts on diverse subjects to help you achieve the grades you desire. Some of these subjects are

Our writers are extremely particular about producing supreme quality academic documents. This is why they carry out every step that is essential to maintain the quality of your papers. They prepare every task from scratch. In fact, our website comes with proper quality control policy and anti-plagiarism policy. This way, you can be sure that the solution you will get from us will be completely authentic.

If you’re still feeling apprehensive about our services, you can download the samples of previously written tasks for free.

Everything You Need to Know about Total Product Concept