Want to score high marks for the assignments on Media and Entertainment Law? Get instant help today!

What is Entertainment Law?

Entertainment Law is a specialized segment of law dealing with copyrighting, censorship, defamation, free speech, privacy, and other entertainment-related issues. The uniqueness of this law is that entertainment law encompasses other legal fields like Corporate Law, Intellectual Property Law, Broadcasting and Telecommunications, and Information Technology.

Entertainment Law is a diverse subject; students can learn about it in detail by hiring experts from myessayassignmenthelp.com.

What Do Entertainment Lawyers Handle?

Drafting contracts and agreements are one of the most common things that lawyers do. Entertainment lawyers are no different. They also help their clients to draft contracts for their

Thus, they need to know the various laws and how to use them in their client's best interests. They also help them to understand these contracts and make them aware of the terms and conditions they must comply with.

Apart from negotiating and drafting contracts, they also help the artists to collaborate with various agents and maximize their income. So, apart from being an attorney, they also play the role similar to their publicist, manager, or an agent.

Another vital function of an entertainment lawyer is offering legal advice and guidance to their clients. Contractual laws are extremely detailed, and only an expert in the same can understand their nitty-gritty. So they interpret the contract forms in detail and advise them to make the right decisions.

Another crucial function of entertainment lawyers is to ensure the safety of the intellectual properties of their clients. Usually, they are proficient in legal issues concerning copyrights, patents, trademarks and many more. They can handle any situation like filing injunctions, suits, defamation cases, etc.

Is It Hard to Get into Entertainment Law?

The entertainment industry brings in a lot of money and glamour. Although that may seem like a great thing, the competition is also intense. You need to compete with hundreds of top lawyers to get your first break.

A common notion is that entertainment lawyers work with celebrities and lead easy life. However, although they work closely with celebs, their work is never easy. Entertainment lawyers probably have the most diverse form of clientele. They can be sportsmen, actors, directors, singers, music composers, dancers and any other form of art.

Moreover, all of them do not work independently. Many are hired by studios, radio stations, online streaming platforms, etc., to serve as their in-house attorneys. So, they need to be flexible and comfortable with working with different kinds of people every day.

You can only become a top lawyer if you are highly educated in all the legal aspects and have multiple specializations. Doing graduation, master's, and internships is a painstakingly long process. So, you need to be ready to slog for years before becoming an entertainment lawyer.

What are the Four Sources of Entertainment Law?

The four sources of entertainment law are –

What Are the Entertainment Law Examples?

You can find a lot of entertainment law examples from various sectors at myessayassignmenthelp.com. Some of the notable examples are:

Gawker filed a $100 million lawsuit against the eminent wrestling star Hulk Hogan over the rumor of a sex tape. A stringent FBI investigation and Gawker’s strong defense also unearthed separate leaks of Hogan's involvement in escort rings and racist comments. This tarnished the wrestler's reputation, and it became one of the most well-known celebrity legal battles in the entertainment sector.

HBO was accused of exploiting Indian children in one of their documentaries, “Real Sports with Bryant Gumbel”. They showed that young Indian children are hand-stitching Mitre footballs for very less money to sustain their families. HBO was dragged to court for this documentary which lasted for a month. Mitre slapped a defamation case on HBO and claimed the footage to be false.

However, after a long legal battle, HBO prevailed, and the juries found the footage true and penalized Mitre for exploiting child labor and harassing the court.

Sony Pictures went through a series of nightmares when a hacker hacked into their system and stole many sensitive details before the release of "The Interview". As a result, its ex-employees accused Sony of negligence in saving private data, and litigation was filed. However, Sony preferred not to drag the case, and they agreed to pay the plaintiffs' settlement fees of $5.5 million.

The famous Telluride Film Festival decided to show the movie “Amazing Grace”, which was made on the life of the iconic vocalist Aretha Franklin. She filed an emergency injunction against Telluride to stop premiering the movie. She claimed that the director of the movie had a contractual obligation with her to get her permission to show old concert footage. However, the director breached that contract, and she claimed that it violated her publicity rights.

When one of Hollywood’s major production houses declared bankruptcy, it raised a lot of eyebrows. However, the Ryan Cavanaugh-led company claimed they wouldn't be able to pay off their more than million dollar debt. This case continued for a long time because the juries raised questions about whether their financial solvency was real or just a tactic to evade their million-dollar debts using bankruptcy as a shrewd strategy. 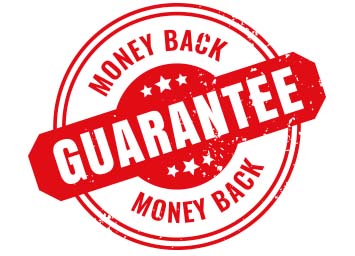 Connect with us and start multiplying your earnings like a boss!